I am currently working on releasing the update to Windows Store.

When making Indie games you may be interested in maximizing your revenue from a game by porting it to a variety of OS platforms. This has recently become much easier to do with cross platform development tools like Unity3d. However although Android apps can be compiled on almost any platform, iOS requite a Mac & WP8/Win Store require a Windows 8 machine. Must indie developers purchase multiple laptops to handle every possible operating system or is there a better choice? 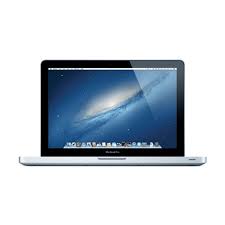 My answer is buy a Mac. This may be odd advice for cash strapped indie developers but I have some very good reasons why I think a Mac Book Pro is the best development computer for indie game developers.

Macs are the only computers that can handle any operating system.  Using Bootcamp (a small utility that comes with all Intel Macs) anyone can dual boot their Mac to run both OSX and Windows 7/8 and even Linux.  Once setup correctly simply holding the option key while restarting your Mac will allow you to select your operating system.  Bootcamp does not emulate windows, but rather provide you with all necessary drivers for Windows to run on your Mac natively.  With a Mac you can write your game for iOS, reboot recompile for Windows Phone/Store, reboot and even port to Linux or Android.  This setup would be very difficult to configure on a Windows laptop and would require setting up a Hacintosh or emulate OSX.

There are other advantages to getting a Mac.  Mac Book Pros have exceptional battery life which is extremely important to someone who does coding on the go.  Also Apple does provide quality hardware so you are getting a fast and stable development platform.  In fact I read an article recently that claimed that Mac Book Pro is the most reliable computer for running Windows which I thought was ironic.
This trend has been visible for a few years as I attended some prominent Microsoft events I saw that a huge amount of attendees were using Mac Books as their portable computers.  Mac Books at a Microsoft Event?  As I am typing this on my Mac Book I do understand this trend and invite you to also look at the latest Apple offerings, they may just surprise you.